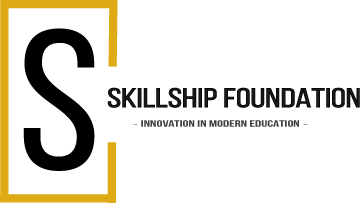 Update on our covid-19 Efforts

If anyone said that in 2020, people weren’t gonna travel, schools are gonna be closed, and that the world would come close to a standstill, it would probably be Matt Damon in a movie who said it. The first half of 2020 has not been an easy ride, and it does not seem so in the near future either, but the world is recovering, getting back on track slowly and steadily. Humans are a social animal. Our survival is credited to empathy. The fact that we solve problems for humans, give us the advantage.

While vaccination does not seem to be ready in the near future, people have come up with ways to deal with the pandemic better. Here are some methods.

Mobile Apps
Countries have implemented the use of apps for contact tracing, information sharing, and finding people who the virus could have possibly spread to. Israel used mobile phone locations to identify, locate, and contact people. India has made the Aarogya Setu app, which does similar functions while also having information about the virus and prevention methods.

Robot Delivery
Many companies are testing on Robot delivery methods to perform the final delivery operations. Robots are being used for delivery, disinfection, monitoring, and other purposes in order to reduce the human risk of infection.

Rapid Test Kits
To stop the pandemic, testing has been prescribed as the number one solution. South Korea managed to contain the pandemic by mass testing their population with rapid testing kits. Rapid tests are now being used for quick, identification of patients.

OTT platforms
While OTT platforms might not directly help the pandemic, it brings out entertainment in these testing times of social distancing and quarantine. To keep boredom at bay, keep people in quarantine, OTT platform like Netflix, AmazonPrime, HULU, and others are being widely used. Moreover, it comes as an aid to many people in the film industry as a means of releasing their content.

Online Shopping
With the world stuck inside, many people, including the elderly who resort to the family for shopping or usually buy from nearby groceries have been affected. Online Shopping let people get necessities at their home without the risk of infections.

Medical Equipment Medical equipment like thermal scanner, ventilators, PPE kits is core to fighting the pandemic. To identify, and isolate people, while also keeping Doctors and nurses, who are the real heroes, away from the virus..

Online Work Platforms
While offices and schools are shut down, they have resorted to online meeting platforms to keep it running, Microsoft Teams, Google Meet, Zoom, and many other platforms are being used to bring people closer during the pandemic.

IoT and Automation
With airports being opened in countries like India for travel inside the country, the risk of virus transmission increases many folds. In order to reduce this risk, Airports have resorted to IoT and Automation to reduce the risk of people working at the airport. The airport is only manned in important areas, where human presence is of utmost importance.

While technology has been at the forefront of fighting the virus, the fight against the virus would not be possible without the frontline workers like Doctors, Nurses, Police Force, and every other essential worker, who deserve due credit.

We are spreading innovation to sprouting Technical and Non-Technical Energetic people with the goal that understudy get appropriate learning at a legitimate purpose of time
Opportunity is all over the place, however, we don’t approach it with respect to the absence of a system of same space people groups.

Any cookies that may not be particularly necessary for the website to function and is used specifically to collect user personal data via analytics, ads, other embedded contents are termed as non-necessary cookies. It is mandatory to procure user consent prior to running these cookies on your website.